The recent events in Ferguson, Missouri surrounding the shooting of 18-year-old Michael Brown, an unarmed black man, by a white police officer generated a tsunami of media discussion about race relations, policing tactics, free speech, and the justice system. Discussions on and about race in the U.S. are often difficult and fraught with emotion, yet go to the core of who we are as a people.

An earlier and equally important chapter in our national discourse on race dates back to the origins of our nation’s hospital system, a system which operated under the specter of segregation until mid-20th century. The existence of a separate and stratified health care system for African Americans often goes unacknowledged or forgotten in discussions about race relations in the US. Yet,  the narrative of an unethical and morally offensive segregated health care exists in tandem with what African Americans endured and overcame as they fought for racial justice.

Let’s first consider the place of modern hospitals and their changing importance over time to American society as a whole. Until the late 19th century, hospital care for Americans of any race was of little consequence. Hospitals were few in numbers with most illness care delivered at home by patients’, generally female, family members. Physicians’ ability to provide cures or even improvement to patients’ conditions was limited at best. Those hospitals that did exist cared for a mainly indigent poor population who received custodial, as opposed to curative, care. The ever-present and often inevitable threat of hospitalism, which was infection acquired within hospitals, drove away most potential patients. As a result, hospitals came to be known as death traps for those who lacked any other viable options for care.

This situation changed rapidly in the last half of the 19th century. The development and acceptance of Louis Pasteur’s germ theory revolutionized medical treatment and led to the emergence of techniques such as aseptic surgery and precautions against infectious disease transmittal which in turn made hospitals safer. Hospitals were transformed from custodial care facilities to institutions of science with their alluring promise of cure and critical for maintaining the nation’s well-being.

Beginning in the late 19th century, the US witnessed the establishment of a record number of hospitals which appeared in every nook and cranny of the country. A 1904 U.S. Census Bureau report counted 1,493 hospitals across the country, 822 of which were founded between 1890-1903. These institutions reflected the racial customs of the time. For the most part African Americans were denied admittance to hospitals. If admitted, they ran the risk of being placed in substandard and frequently unsafe areas of the institution. In response African Americans embarked on a hospital building program of their own. By 1919, about 118 Black hospitals existed in the country, offering often the best and only care available to African Americans. Many of these institutions became famous as magnets of care for Black patients and centers of professional education for Black physicians and nurses. In an era when African Americans lived under many discriminatory restrictions placed on their daily lives, the Black hospital system symbolized their hopes and achievements.

Founding Fathers of Mercy Hospital, date unknown. (Image courtesy of the Barbara Bates Center for the Study of the History of Nursing

The Mercy-Douglass Hospital, located in Philadelphia, offers a compelling example of a successful historical black hospital. Founded by Dr. Nathan F. Mossell, the first African American graduate of the University Of Pennsylvania School Of Medicine, the hospital organized to provide hospital care services to black patients and to allow black physicians access to facilities needed to advance their professional practice. The institution included a training school for nurses. The hospital experienced success at providing a needed alternative for hospital care to African American patients and in 1907, a second black institution, the Mercy Hospital and School for Nurses was established in the city. For decades, these two institutions met critical needs for health care for Philadelphia’s Black citizens as well as provided a place for Black physicians and nurses, barred from most white institutions, to learn and practice. In 1948, the two institutions merged to form the Mercy-Douglass Hospital and School of Nursing. Mercy-Douglass continued to operate until 1973.

Establishing a separate segregated hospital system was not the first choice for many in the Black community. Full integration of hospitals for all people without regard to race was a far better plan. Small steps in integrating health care did occur over the course of the 20th century. For example, growing political power among African Americans forced tax supported hospitals to recognize the rights of citizens to care within their walls. Yet, the voluntary hospital sector often lagged behind either refusing admittance altogether or erecting segregated wards which perpetrated and enabled racism. The 1964 passage of the Civil Rights Act presaged a breaking down of institutionalized racial barriers followed by the 1965 passage of Medicare and Medicaid prohibiting segregation in hospitals.

The civil rights movement and legislation passed during that era successfully opened up hospital doors to African Americans. Yet, health disparities for, African Americans and other minority groups, a historical fact, continue to plague the nation. This makes the history and legacy of Historical Black Hospitals all the more important to know. However, you look at it, the history of Black Hospitals is a critical part of American history, one which is important to know and include in discussions on race in America.

Mercy Douglass Class of 1960 (Image courtesy of the Barbara Bates Center for the Study of the History of Nursing).

The Bates Nursing History Center holds the Mercy-Douglass Hospital and School of Nursing collection, a collection which offers documentary and photographic evidence of how African Americans navigated a perilous system in which to seek health care. We invite you to view selected photos from the Mercy-Douglass collection as a means of gaining a deeper understanding of race relations in America.

One thought on “Hospitals in Black and White” 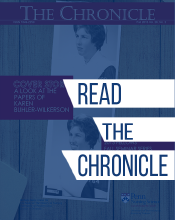