“Male nurses are found to earn about $5,000 more than female colleagues.” (Not quite) shocking news! A recently released JAMA study, hitting numerous airwaves and media outlets found significant pay discrepancies between nurses who are female and nurses who are male. How could this happen in the most female (women make up about 93% of all nurses) profession? The study did not address reasons why pay inequity exists in nursing, yet, reports on the results offered some hypotheses. One of the study’s investigators suggested that men may negotiate better (Ouch, that rationale literally hurts!) or that women experience a tougher time getting promoted. Investigators plan to carry out additional research focusing on explanations for pay gaps in nursing.

Although, reports on the findings indicated some astonishment that pay gaps based on sex exist in nursing, historians of nursing workforce issues are not surprised. Pay inequity in nursing has existed for over a 100 years so it is not a new phenomenon. Understanding the history of sex-based pay inequities in nursing requires a look back at the origins of professional nursing as an occupation and the complexities of nurse compensation.

Modern professional nursing began in the later decades of the 19th century. Early nurses generally worked in the private duty field hired by patients to deliver care, at first in the patient’s home and then when hospital care became more normative in the hospital. The method used to determine private duty fees is somewhat obscure but by the turn of the 20th century the establishment of a set fee within a locality became normative. Private duty nurses in 1900 earned about $20-25 a week or $5 a day. By the late 1920s, private duty nurses in large cities averaged about $6-7 a day. Except that not all nurses earned the same rate. Nurses who were men earned $1 a day more than nurses who were women (New York Central Registry). 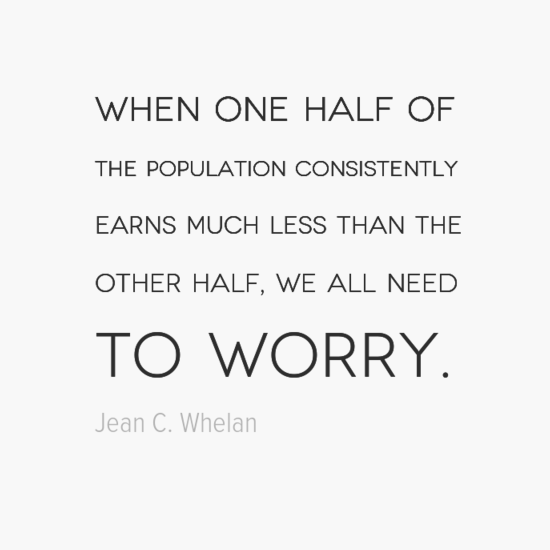 Reasons given for pay discrepancies tended to cluster around stereotypical notions of the differences between men and women.Male nurses often cared for patients suffering from psychiatric disorders and substance abuse problems. In an era when few sedating therapies existed for physically aggressive patients who might endanger themselves and others, the presumed superior strength of a male nurse was considered worthy of an extra dollar a day. This was most likely annoying to female nurses who simply because there were more of them cared for the vast majority of patients who might require restraining. Nurses who were men also specialized in cases of male patients with genitourinary problems, earning more money. Presumably, female nurses were willing to let men earn higher fees taking care of such patients so that they wouldn’t have to face touching male patients’ private parts, a dubious presumption. In some areas, nurses who were men were able to establish a monopoly over particular cases. New York City was home to the all-male Bellevue Hospital affiliated Mills School of  Nursing, whose alumnae association operated a private duty registry which placed male nurses with patients. A powerful group, the Mills registry cornered the market on patient cases for which a male nurse was preferred to the extent that registries which placed female nurses automatically referred cases to the Mills registry when they received calls for a male nurse. Solidifying the market for male nurses allowed the registry to charge fees as they saw fit.

Although most reasoning surrounding higher fees for male nurses appeared specious the practice continued. Historian Alice Kessler-Harris, writing on women’s wages and pay discrepancies based on sex, notes that social acceptance of higher wages for men, became embedded in custom and tradition. Men, presumed to support families, required higher wages. Women, dependent on some male, either a husband or father, simply did not need as much money as a man. A sex segregated job structure in which men and women worked at different types of jobs further validated pay differences. Jobs considered women’s work traditionally paid less even though the skills, knowledge and responsibilities equaled or where higher than jobs performed by men. When talking about the same job performed by both men and women, such as nursing, such reasoning collapses under scrutiny.

Private duty nursing eventually went into eclipse and nurses began moving into hospital employment as their predominant occupational field. Still, as this most recent study demonstrates pay inequity for nurses based on gender persists. Pay inequality between men and women is a national problem, one that applies not just to nurses but to all workers. Women continue to earn significantly less than men across the board. According to the Institute for Women’s Policy Research, women earn only 78 cents for every dollar a man earns, a figure that has barely budged over the last several years (estimate is for 2013). This means that the earning potential for women remains considerably lower over their working lives and into their retirement. As I noted in discussing diversity in nursing, inequity hurts the nursing profession as a whole. This is not a benign issue. How much an individual earns and thus spends is significantly related to the economic growth of the country. When one half of the population consistently earns much less than the other half, we all need to worry. The JAMA report represents a strong wake-up call which we should all heed.

Jean C. Whelan is a leading nurse historian, president of the American Association for the History of Nursing and the assistant director of the Barbara Bates Center for the Study of the History of Nursing Dr. Whelan’s research centers on the historical development of U.S. nursing workforce, the issues which shaped nursing’s development and the policy implications involved in maintaining adequate nurse services.